Baltimore for the Break

This Christmas the kids had almost 3 weeks off of school and I was bound and determined we were going to do something productive (in other words, Get the heck outta dodge!) with all that time off school. 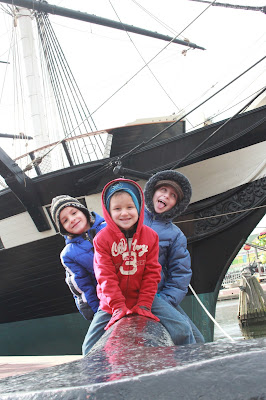 But we were thwarted by one virus after another so the New Year came and went and we hadn't done as much as gotten away for one night. 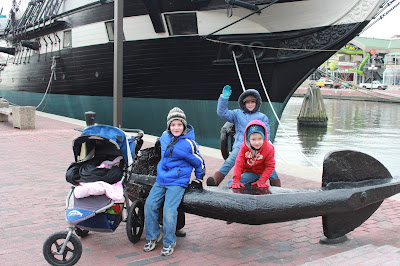 A few years ago it was the end of summer and we were having the same problem (I get this urge to go a lot) so we hopped in the car one Friday night. We ended up in DC, getting a killer deal on a Priceline hotel on our way up to the city and liked it so much we stayed for 2 nights. 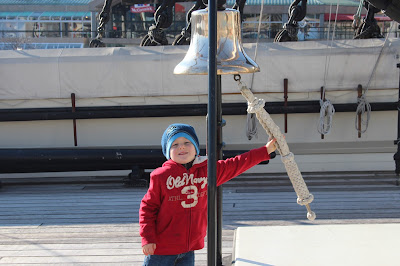 We had so much fun on that staycation that we've been looking for other metropolises to hang out at that are within a short driving distance. Almost 2 years ago we did New York city for a 3 days trip and had an awesome time then too. We also were nicely gifted with a little extra cash from family for Christmas so that made the decision even easier to make! 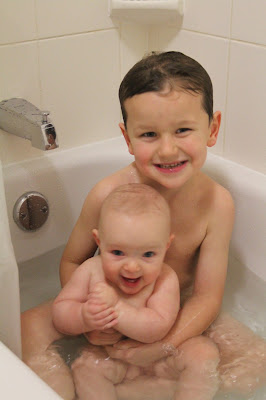 Baltimore fit the bill since it's only about 2 hours away and we'd heard great things about the aquarium and ports. Only, I don't think anyone we talked with ever ventured up there with 3 little kids and a baby in the dead of winter. Oh, well we had a great time anyway!! 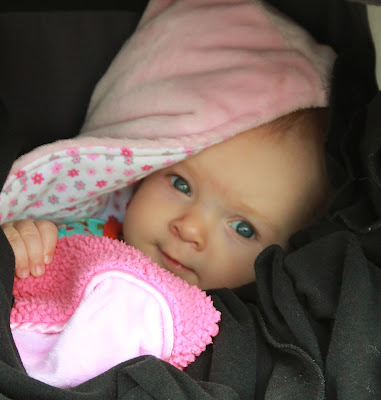 We started out with a fun night in the hotel which was just 4 blocks away from the harbor. I think I could be content to go on a vacation and just sit in the nice, clean hotel room all day long. Ah, blissful but everyone else wanted to actually see things so off we went. 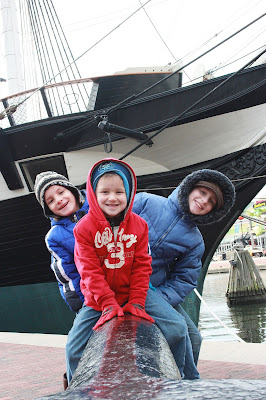 We bundled Adele and everyone else against the 20 degree weather, grabbed the kids hands and stepped out of our hotel into the city. It's always fun to see the city through our country kids eyes and watch them be amazed by the "really tall buildings" or "pizza stores on every corner"!

We stopped in the harbor and took some pictures in front of a boat as John told the story about how his great-great grandfather, Elias Genho, came here from Lebanon. He had the kids looking everywhere to see if they could find anywhere that he had signed his name. It wasn't found but not for trying! 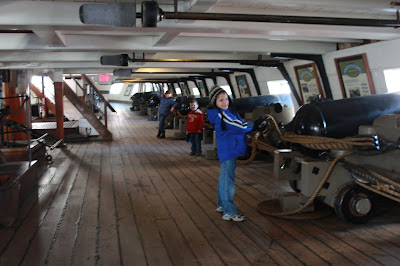 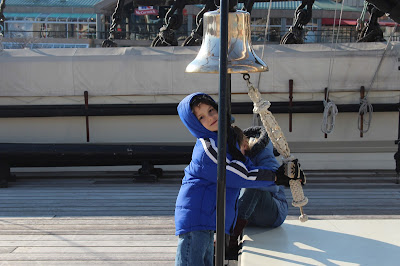 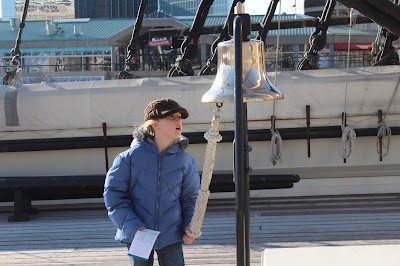 We went aboard one of the old ships that was in the harbor and got to tour all 4 levels. It was a cargo ship but they showed how they would have stacked the slaves inside also. After wandering all over the ship all I can say is I'm very glad to have the modern amenities we have today! 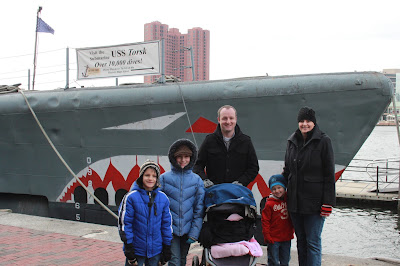 This was a fancy submarine that we boarded and got to climb all around in. Talk about tight living quarters. As a kinda claustrophobic, I wasn't too impressed but the kids all had a great time turning knobs and fitting in tight spaces. 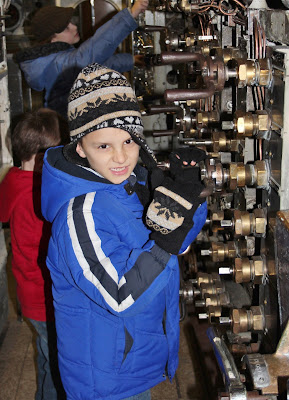 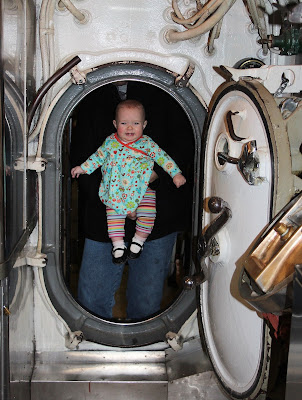 Poor Adele didn't have a great navigator and got her head bonked by the low doors. Thanks Dada.

After the ships and cold we hit the big attraction that Baltimore is famous for - the National Aquarium. The price to get into it is normally an arm and a leg but on Friday nights they slash the price for the last 4 hours so that was the major pull to come to Baltimore. 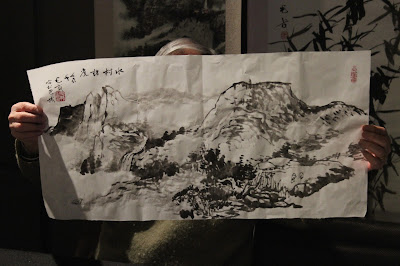 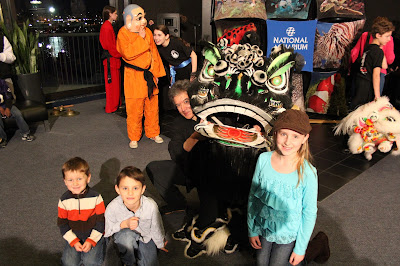 Right as we got there the was some sort of Asian celebration for the New Year going on so we took advantage of the downtime and sat and watched the Chinese Lion dance through the crowd. I think that was actually a highlight of the night since he was so animated and playful. 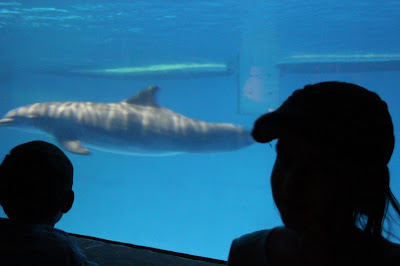 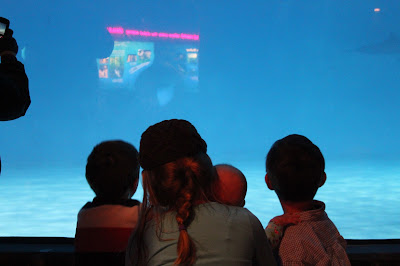 We saw lots of fish, got a little lost, and saw lots more fish. Ava and this little guy checked each other out for quite awhile. 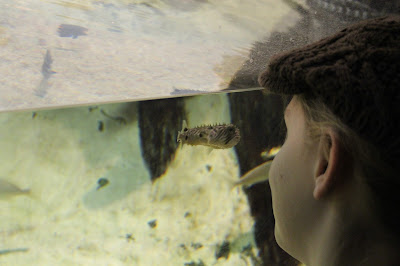 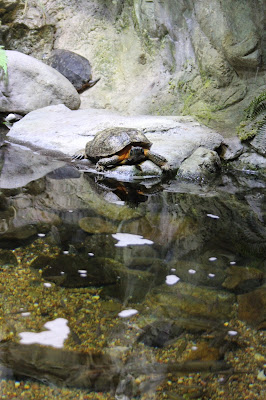 We found this exhibit with a longhorn cow fish and had to take a picture to remember the farm. 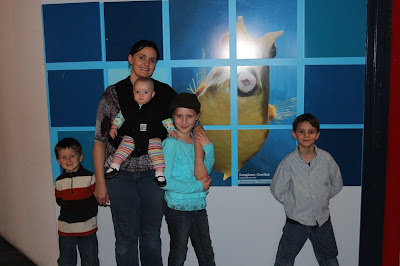 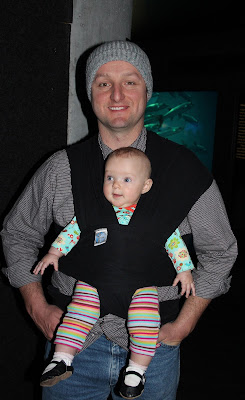 The aquarium doesn't allow strollers so Adele was strapped to us the whole night. I think John looks very modern with his beany and a baby. 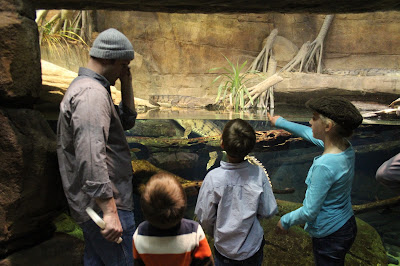 Maybe it was the fact that we had been out in the cold all day long and it was nice and warm inside, or maybe it was because we had done Busch Gardens this summer, but the aquarium was a little of a letdown. The dolphin show didn't have any of the dolphins jumping, the sharks were kinda lazy and we were beat. We called it a night about an hour before it was closing time and made our way back to the warm hotel. 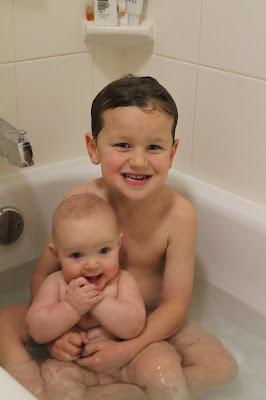 Really, all I go on vacation for is the hot, clean baths and the fun hotel rooms, all of which this trip provided. The boys caught a Duke basketball game and Nathan was amazed to finally see how the sport is really played. We all had a blast and I'm pretty sure we'll figure out another city next dead of winter that needs to be visited!! 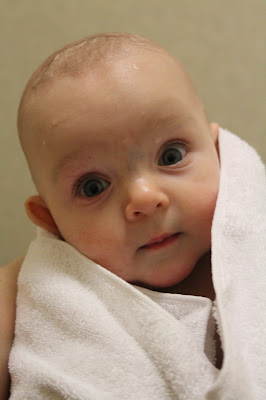