When we first moved here, 10 years ago (!!) last month, one of my favorite things quickly became all the laid back, cool, straight out if s fairytale, lazy summer evening tent parties we were invited to as honored guests. It seems John's status as manager with ties to a large chunk of land brought with it a certain status symbol and I was happy to get to dress up country casual and tag along with my one adorable toddling baby. Fox hunt balls, land owner appreciation dinners, gala fundraisers with $100 a seat, guests of honor at parties with the hosts being Golden Globe winners and the other invitees members of Clinton's cabinet. Small, intimate dinner gatherings with local artists, business men, gentleman farmers - it was so fun to hob-knob with these folks who stroked our egos and played peekaboo with our sweet baby girl while letting us know how happy they were that we had come to their county. Who cares that we were younger than all the other guests by 30 years and a whole lotta money? Sometimes it's super fun to put on a smile and pretend along.... 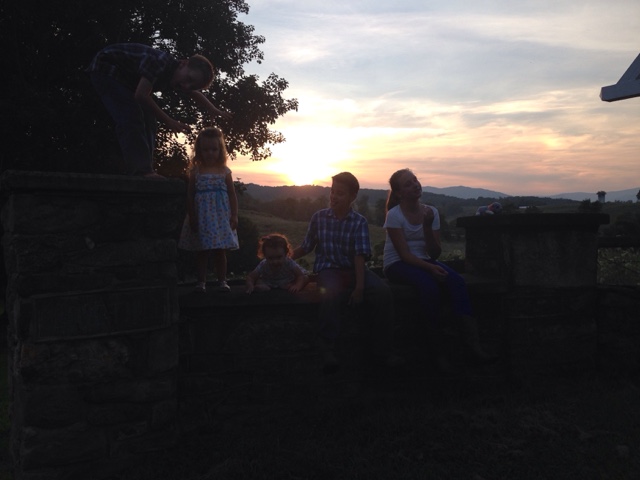 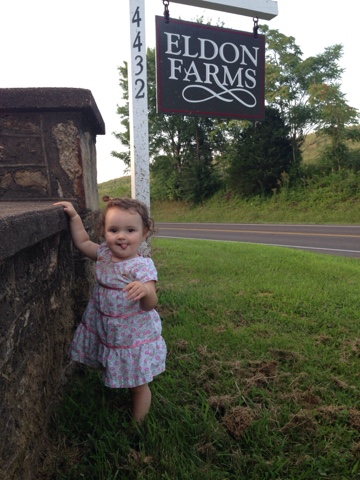 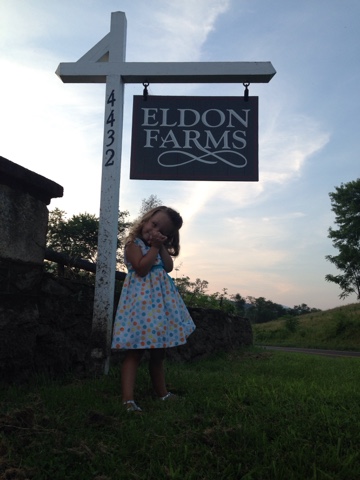 But somewhere along the line I think we got figured out. I think it was the fact that we kept having more and more and even more babies. When I got pregnant with Nathan just a few months after moving here, it was so exciting and everyone was thrilled for us. Then along came Eli just shy of 2 years later and I had all the interesting remarks, including "Is that all you do over on that farm, is make babies?!" By the time Adele came along, we weren't the cool, fresh and young newcomers but instead were the crazy family that was obviously trying to fill up the huge farmhouse we were living in. Dinner invitations were reserved for only John, or maybe me too but definitely not bringing the whole crew. 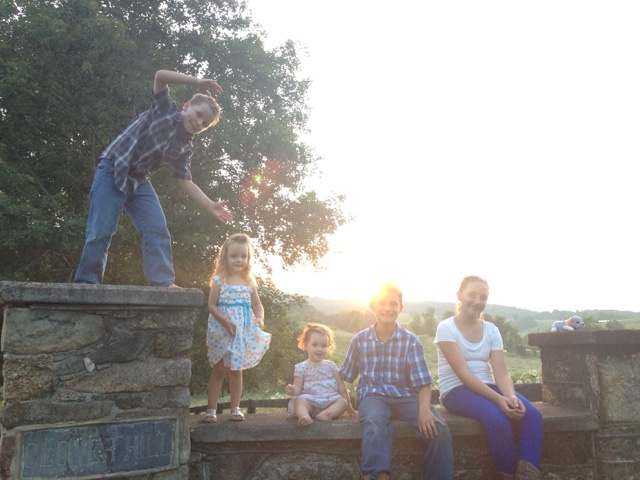 So a few days ago when the fox hunt called to let me know there was a land owner appreciation dinner tonight at the kennels, I just leveled with them. I let them know that John was probably not coming as his plane from Russia was supposed to land an hour before dinner started and I was home alone with 5 little kids for going on a week. 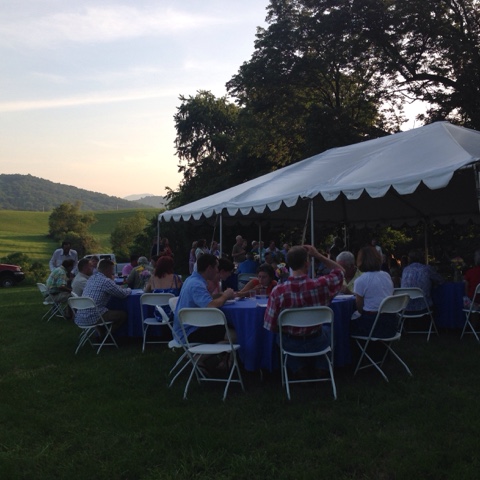 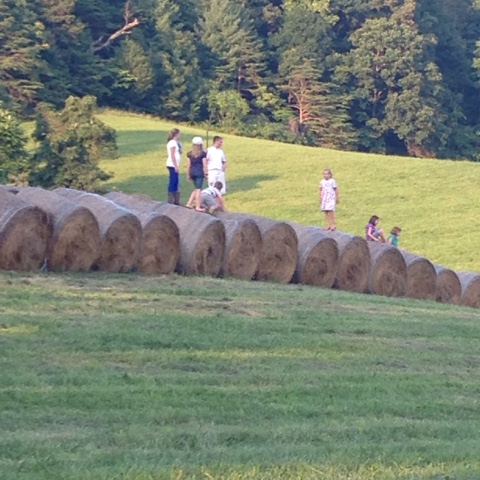 I was pleasantly surprised when they encouraged me and reinvited me to come on out with all the kids even if John couldn't make it. 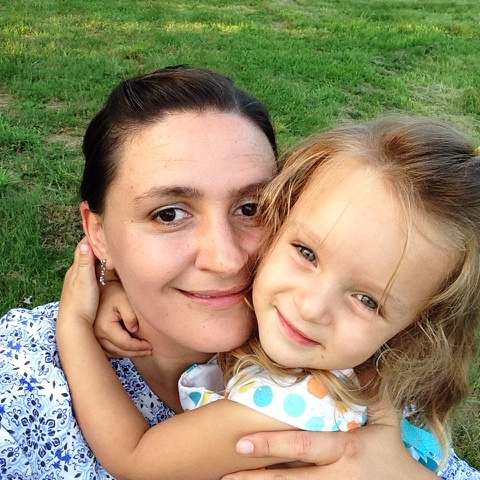 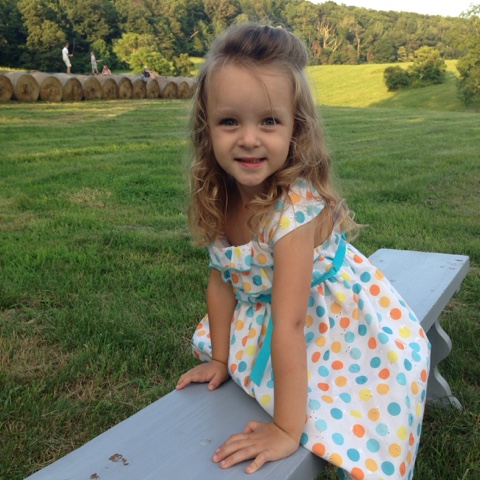 Free dinner, with good food, less than a mile from my house on the last meal before John came home from a week long trip? 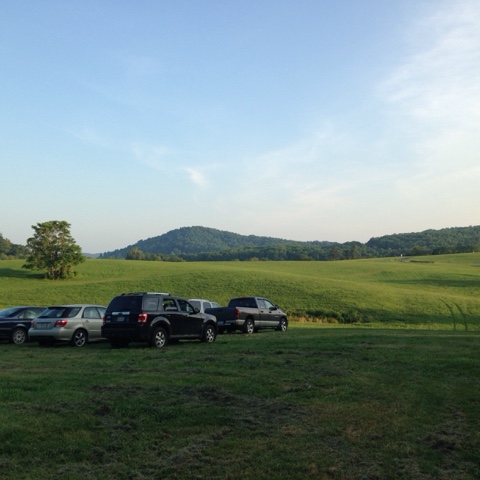 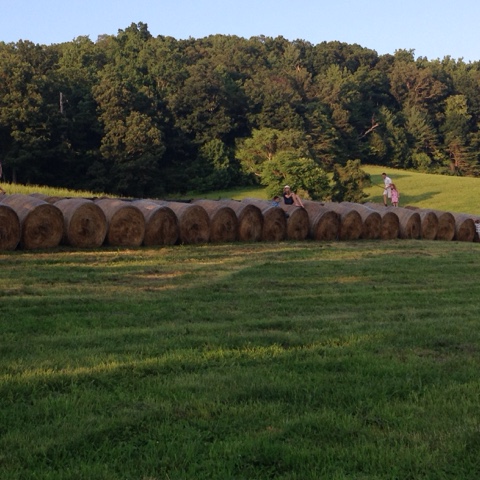 Yes, please, I'll definitely be there, even if it requires some kicking and screaming kids since they had to put real clothes on. 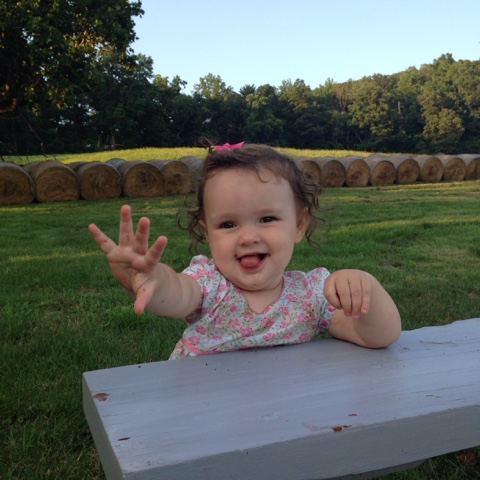 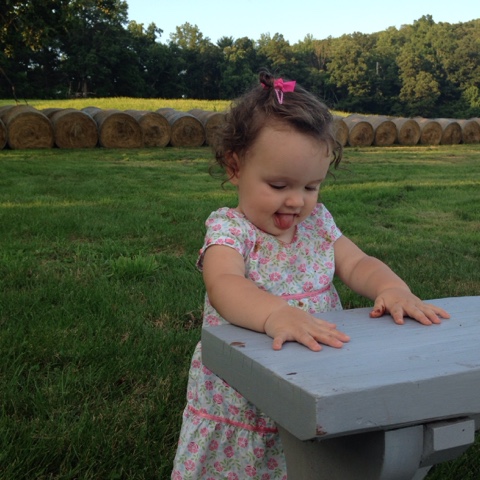 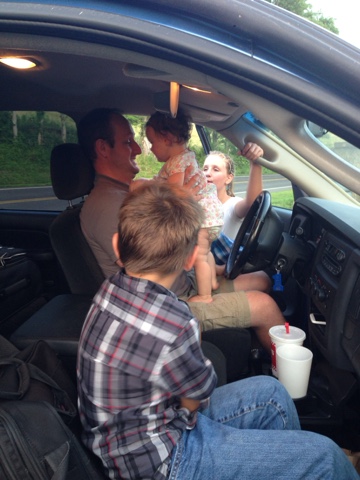 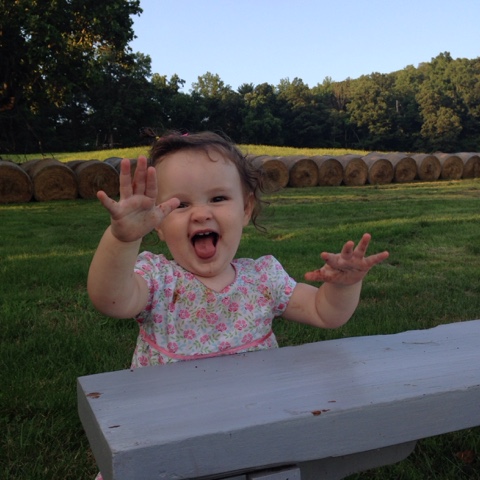 Sitting out in the field tonight, watching the sunset on the gorgeous blue hills, playing with another beautiful, chubby, curly headed baby brought back so many memories of our first few years here in Rappahannock. 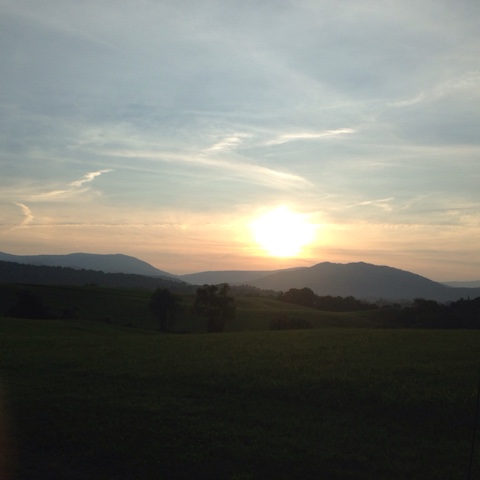 I've said it before and I'll say it again, I absolutely love where we live. Feels like home to me for sure.

Posted by Lynnie at 9:58 PM No comments: