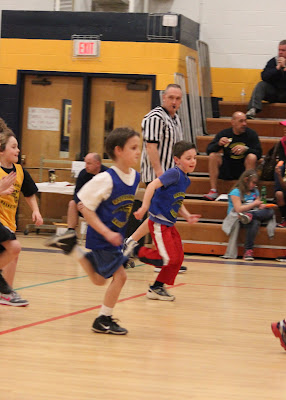 Basketball season is sadly over (actually has been for a few weeks) but here's the proof Nathan played. 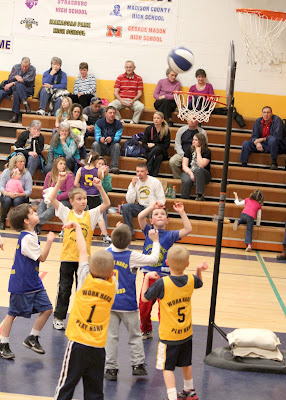 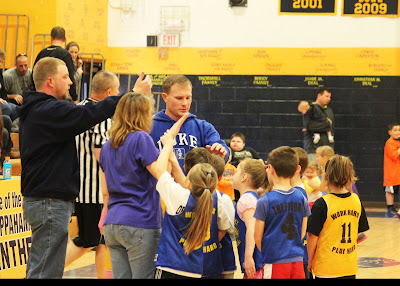 He had an awesome coach (Coach Ray) that we loved and that was totally on the kids level. No screaming, belittling, or bad sportsmanship here. Just rough, tough b-ball. 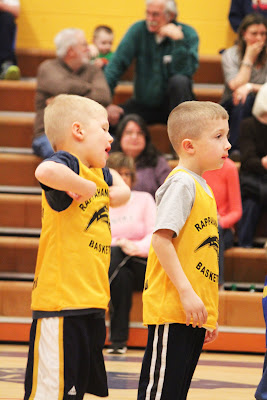 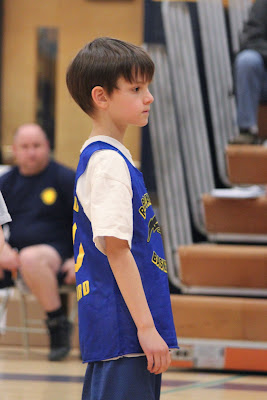 Although some of us take the game a little more seriously than others. 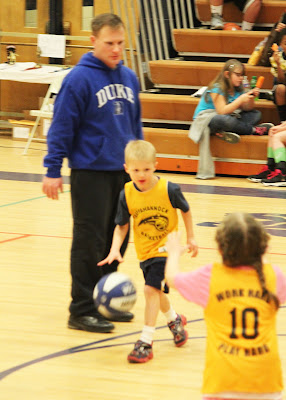 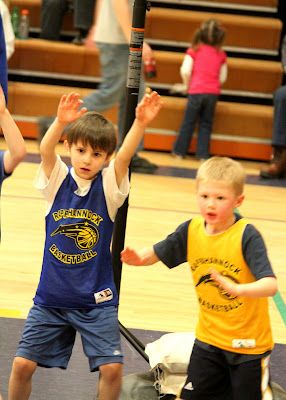 It really helped that Nathan had some great friends who played this season so we all looked forward to game day and practices. 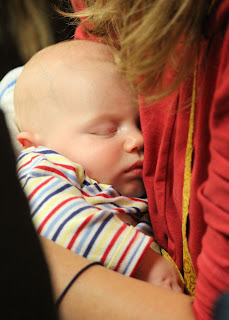 And some of us liked our naps. 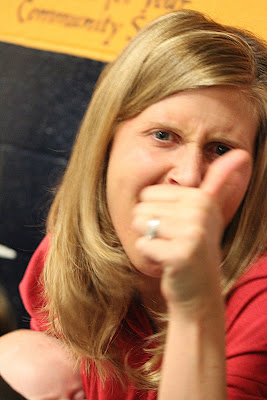 I was just really glad there were some fanatic fans to sit next too each practice and at the final game. At this age they only practice each week with one final "championship" game at the end. 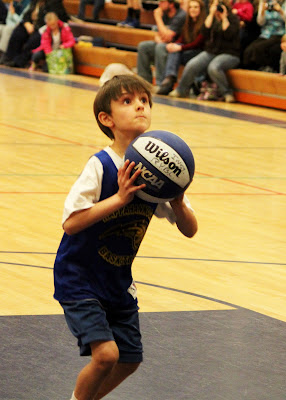 Poor Nathan ended up on the not so great team and was pretty sad about the fact that he was against his best friends. 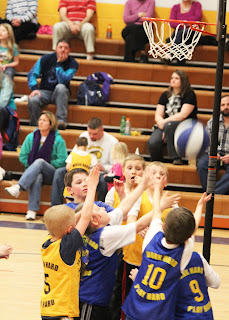 But he's got a great group of friends here in the county so he can't really go wrong with any of the teams. He's gotten really good and learned this year that aggressiveness on the court is not only ok, but encouraged.  We got incredibly sick of listening to the basketball dribbling up and down inside the house but his ball handling is so much better that we'll let it slide. For now.
Posted by Lynnie at 7:39 PM 1 comment: