If I'm ever tempted to leave John all alone again for a week... 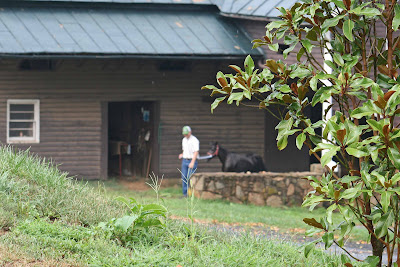 Please remind me what happens... 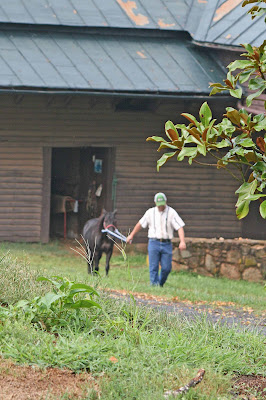 John and I debated back and forth over whether we should get Ava a kitten or a pony for her birthday. 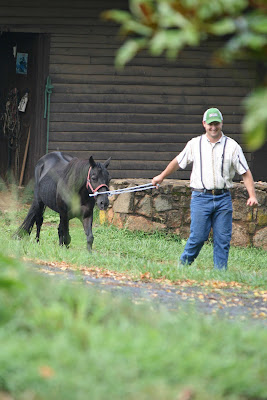 While I was in Florida, John took a trailer of goats to one of the largest livestock auctions in the East Coast. He assured me that the trailer came back empty. 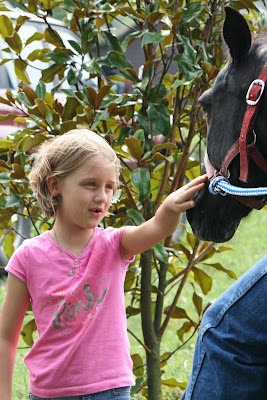 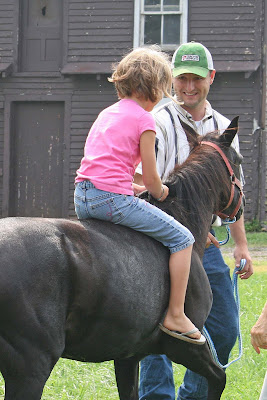 Just look at his face. It's not often you see a dada so excited to spoil his little girl (although we have made it clear to Ava that this is a FAMILY pony, not just her own). 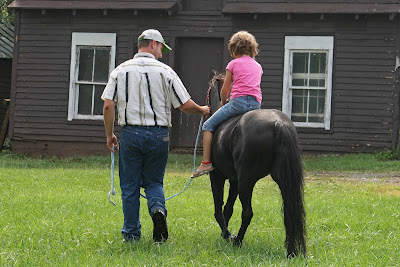 So welcome Midnight, into our menagerie of chickens, kittens, goats, sheep, and whatever else Dada might happen to stumble across at an unbeatable price at the auction (FYI, this pony only cost $195 - dirt cheap in pony terms). She's actually a great little pony and seems to have been around the block with kids before. Ava can catch her and attempts to mount the pony by herself in the field, although the pony just walks away. 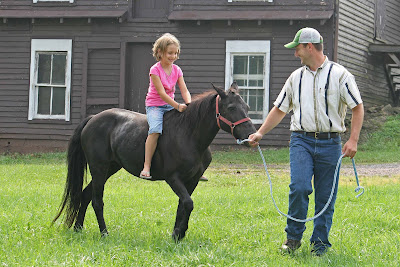 Yesterday was our 8th year anniversary, and for my present, John took all three little kids to the livestock auction an hour away. They ended up being gone for 7 hours, pure bliss to me as I cleaned the craft and junk rooms. Nathan told me that night at dinner that they had wanted to bring home a pig for me for our anniversary present, but luckily, John told them he thought that was just what Mama DIDN'T want. Thank goodness this time he really did bring home an empty trailer.
Posted by Lynnie at 6:52 PM